The surface for open and active stables

Keeping horses in outdoor groups has become a trend. As well as a species appropriate surface concept reflecting natural conditions.

As this keeps the animals in a natural and horse-friendly manner, there is a clear development towards open stables and communal stables. A well-thought-through concept is decisive here that is matched to the needs of the horses, but also their tolerance of each other. When installing the surface, it is necessary to differentiate between the lying area and the free movement surfaces. While the lying areas should be insulating and anti-slip, horses prefer a stable, elastic surface outside that allows sufficient enjoyment when moving and also gives good grip.

The most important requirements

In natural conditions, horses need extensive and varied terrain. For an active stable, this means better thinking too large than too small. Per horse an additional turnout and pasture area of at least 70 m2 should be planned. Alongside the space available, an open stable should have sufficient lying surfaces, flexible feeding stations, medical stalls and shelters.

Inside: insulating and hygienic

The demands on indoor surfaces for keeping horses in groups are particularly high. Horses prefer lying where it is soft and dry with an insulating, anti-slip surface. For the horse owner and the owner of the stable, the hygiene and ease of care are most important, as this can prevent horse diseases and save on bedding.

Outside: mud free and offering variety

Movement stimuli are indispensable in an active stable with clear demands on the surface and its properties. On the one hand, horses like to play with the footings, so it can be somewhat deeper than for a riding area. On the other hand, the horses use the turnout, depending on its size, for short stretches of galloping, which make certain demands on the load resistance and grip. Ease of care and outstanding water regulation are important pre-requisites in order to prevent mud and to retain surface functions.

What you should consider before building an open stable

Not every horse can be held in a group

Horses are herd animals. However, there are arguments against keeping them in groups in some cases. The character of a horse is often simply not suited to being integrated or subordinated in a particular group. The marginalization associated with this is an enormous stress on the animals. The same applies if too frequent stable fluctuations do not allow a reasonable social structure to develop.

From the integration area, lying areas, feeding stations to the turnout. An open stable should be planned generously and calculated for every horse. Even the positioning of the individual applications plays an important role when considering movement stimuli and surface characteristics.

A stable and permeable reinforcement is indispensable so that outdoor surfaces remain free of mud even in bad weather or in the winter. Water regulation plays an enormously important role in this respect in ensuring the surface is neither too wet nor too dry and the hooves do not sink in too far.

Our installation tip for indoors: Surface matting or system solution

Depending on level of load, number of horses and budget, we recommend you install surface matting without sub-structure or our premium surface matting system consisting of ECORASTER grids and anti-slip rubber matting. In most cases, the mats can be laid flat onto the clean concrete floor and connected with each other. If there is no reinforcement present, we recommend applying a level, permeable base layer of broken rock and reinforcement with ECORASTER grids as necessary.

Our installation tip for outdoors: Three-layer construction with vertical drainage

In our experience of the open stable area, we know that the classic installation in three layers and a stable sub-structure is not only the most economical but also the most durable installation version in the long term. Initially, the natural soil is taken away from the surface and a slope of 1 – 1.5 % established. Afterwards, the reinforcement is installed with permeable broken rock and fixed separating layer of ECORASTER grids. After filling, the footings can be applied using high-quality quartz sand and aggregates.

The most frequent problems with open stable surfaces

Mud and clogging on the movement surfaces

The increased enthusiasm for movements and often uncontrolled loads quickly lead to surface compacting and reduced drainage for insufficiently reinforced surfaces. Water can no longer drain into the ground and remains on the surface. In order to minimize the risk here as well of hoof diseases and freezing of the surface, we recommend reinforcing the open stable surfaces with a functional separating layer of ECORASTER TE40. For particularly severe compacting, you should have the quality of the sub-structure checked by a professional. It may be necessary to incorporate additional broken rock and gravel components to make the surface permeable again.

Tripping hazard in the transition areas

Problems can arise particularly in the transition between the indoor and outdoor areas. In parts, straw will be transferred onto the movement surfaces and the performance of the footings affected accordingly. Particularly in the transition area, an edge can also form that can soon become a trip hazard for the animals. Thanks to the proven safety locking system of our ECORASTER grids and the way our surface matting systems combine with the ECORASTER, the surface remains homogeneous and non-slip at all times.

Our products for your open and active stables 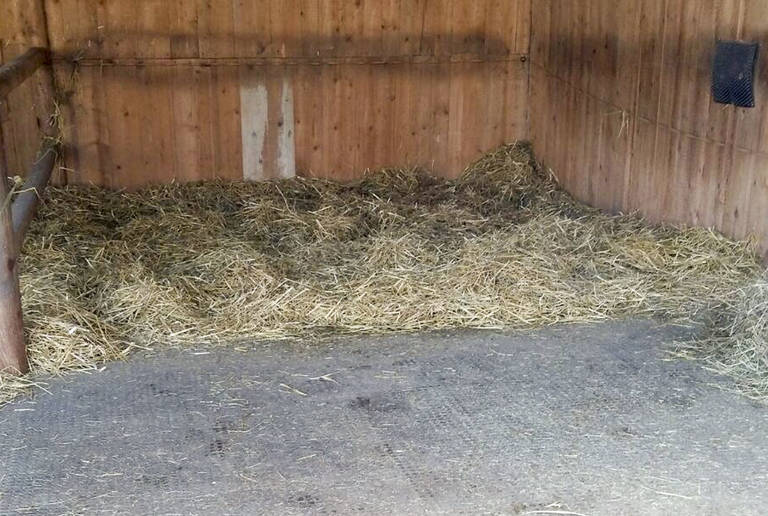 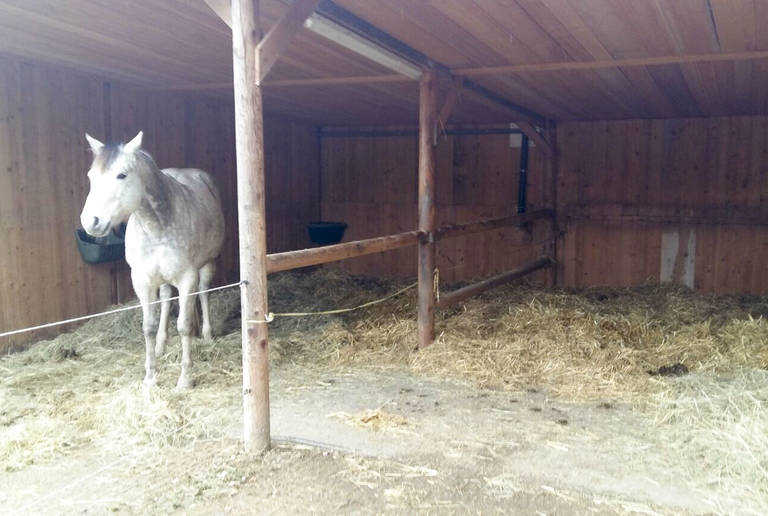 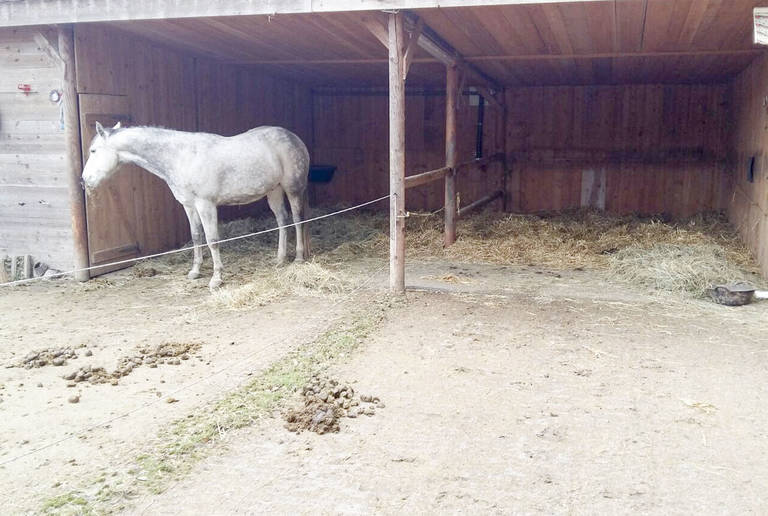 Renovation of an open stable with grids and rubber mats.

Already in 2014 a part of the turnout had been reinforced with ECORASTER TE30. Two years later, Ms Ingold also trusted an ecora product for the reinforcement of her roofed open stable surfaces - the anti-slip economy surface matting. The starting situation was a heavily used indoor surface with damaged mats from a competitor that were unable to cope with the loads from the horse hooves and environmental influences. Furthermore, there were significant problems with the slip resistance for the animals.

Thanks to its low weight and the well designed tongue and groove connection, the surface matting could be installed by the team at the riding facility themselves in only one day. Thanks to the closed surface, no liquid can lie under the matting and unpleasant odors cannot form. If necessary, damaged mat elements can be replaced at any time.


Your contact partner for everything to do with open stable construction.