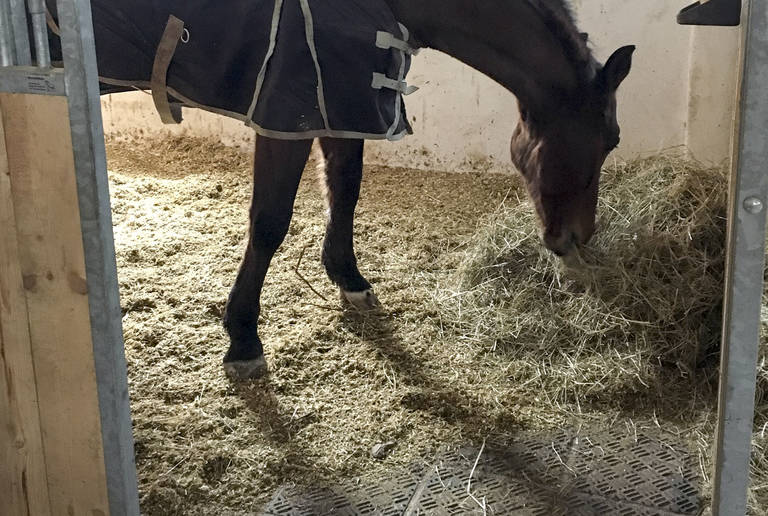 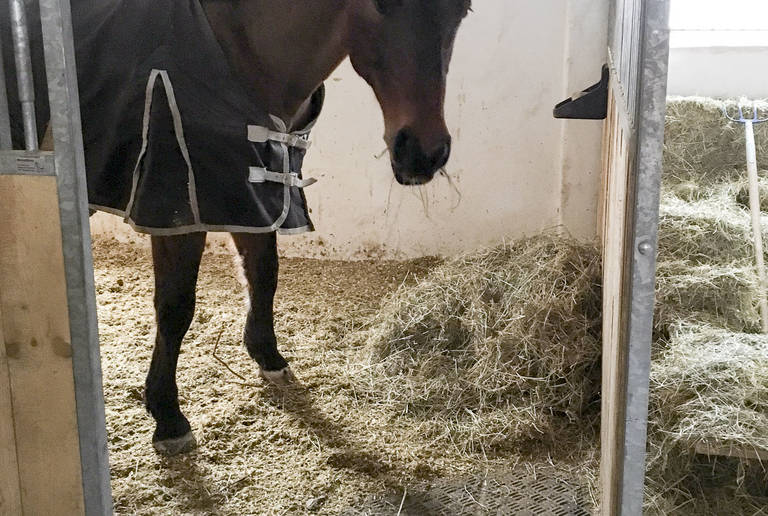 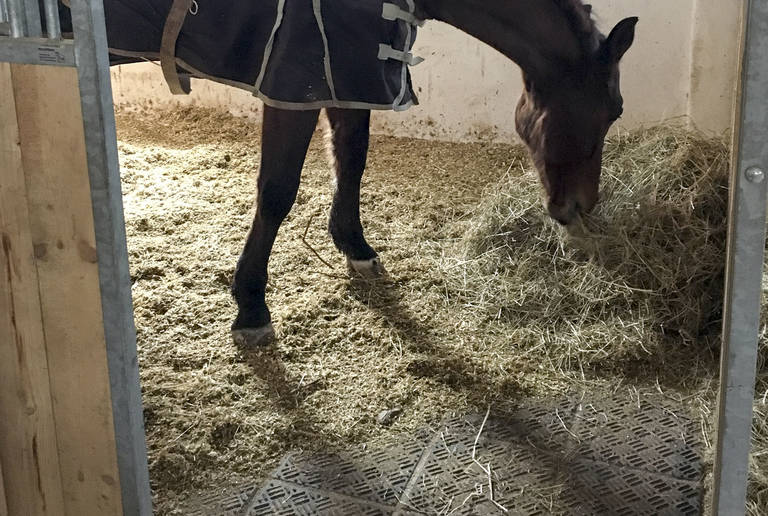 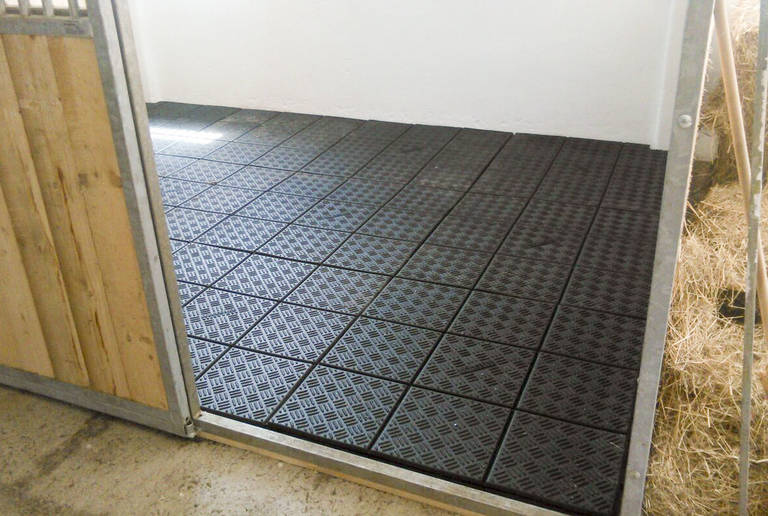 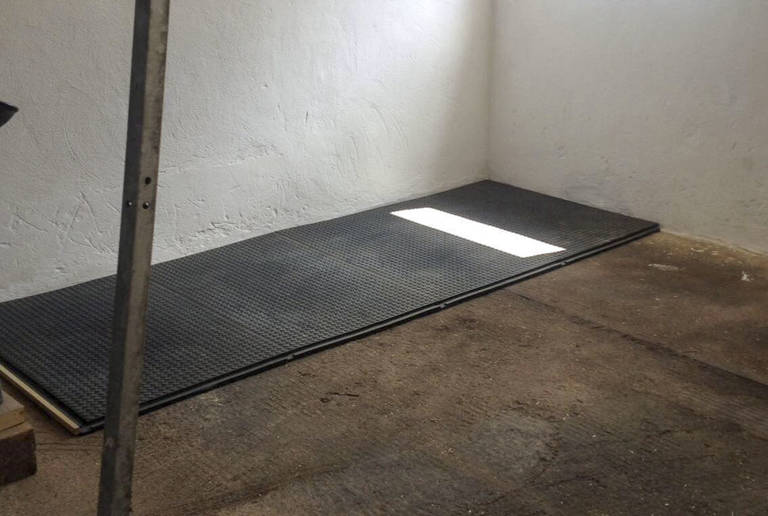 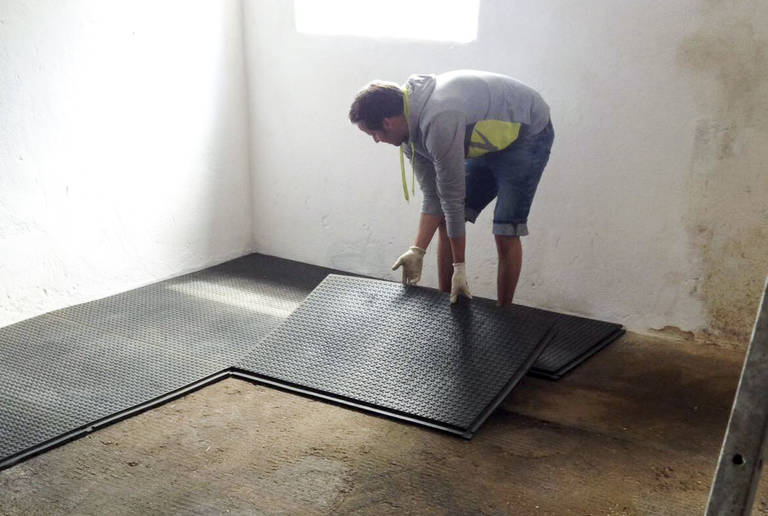 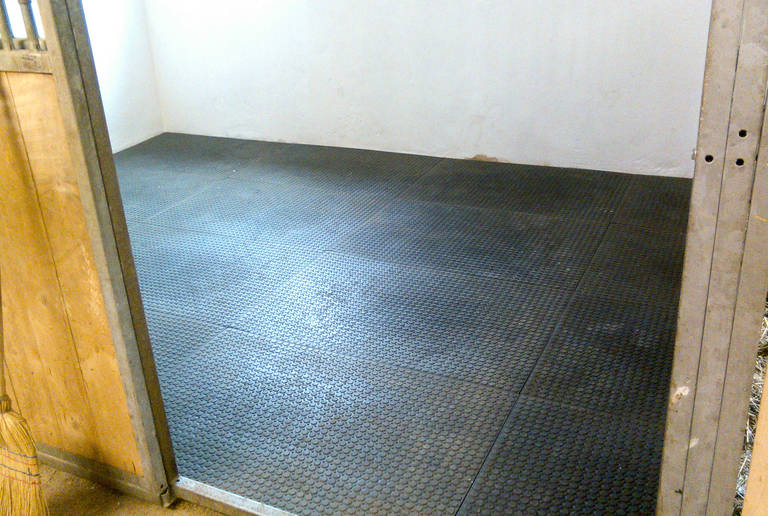 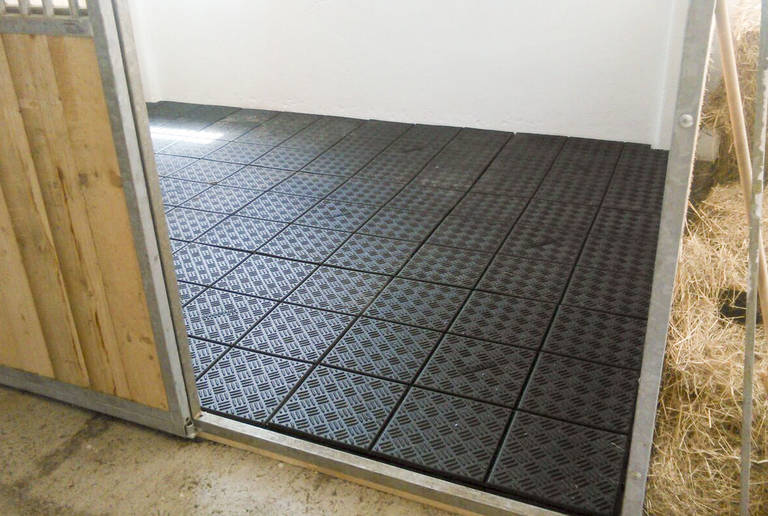 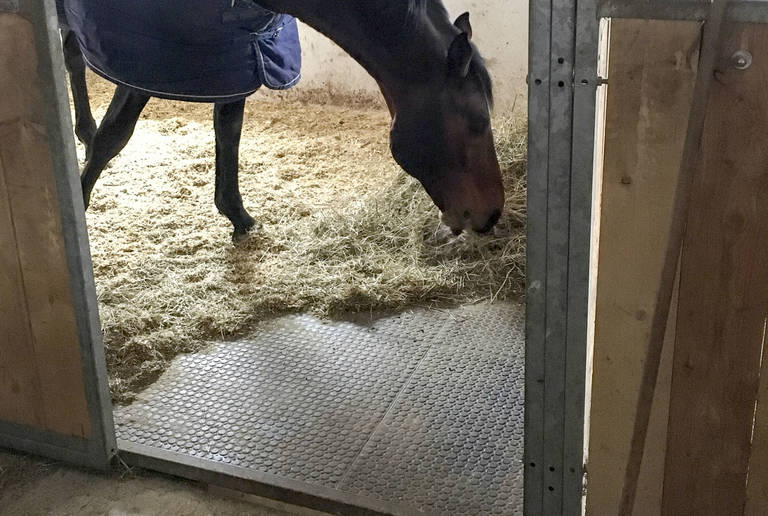 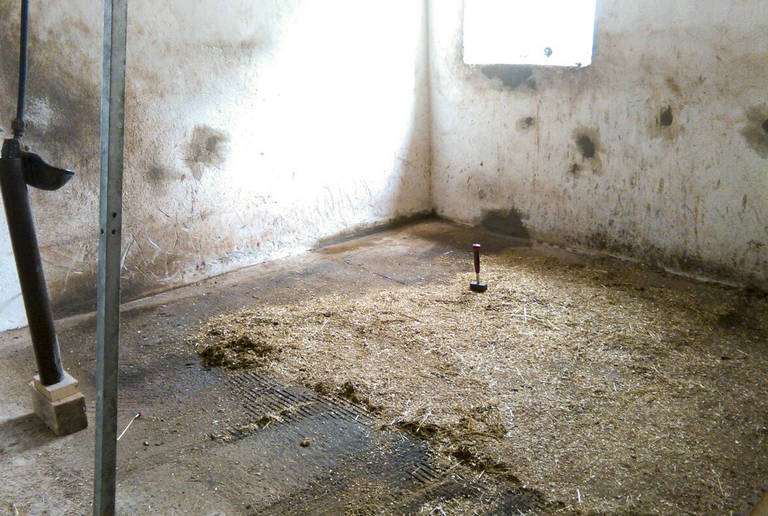 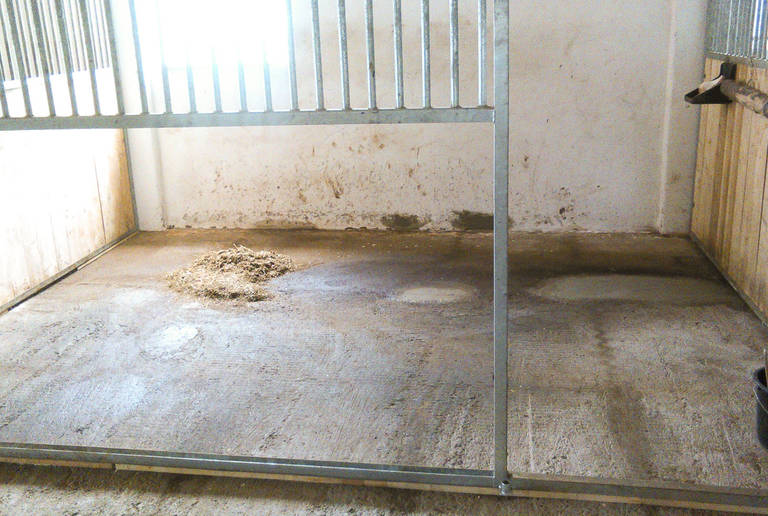 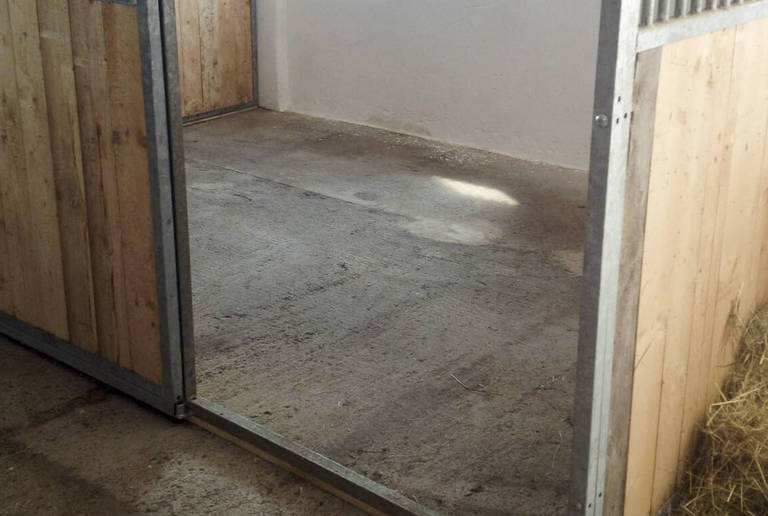 Species appropriate and insulating stable surfaces thanks to the most modern surface matting and matting systems from ecora.

At the riding facility of the Schmittlein family, we took on the renovation of two stable stalls. In the process we decided for the economy price and performance matting for reinforcing the stable surfaces as well as for the ECORASTER SOFTGROUND high-quality surface matting system.

During a visit on-site, the main problem became apparent: the old horsebox surfaces in rubber matting were severely damaged from the years of effects of urine and hooves and had become damp and slippery. Damp and waste water collected under the matting and caused an unpleasant odor.

After the professional disposal of the old surface, we attended to the installation of the matting on the existing concrete floor. Thanks to the secure connection between the individual matting elements, no more liquid can settle under the matting. The rubber mixture has an insulating effect and is gentle on the sensitive horse joints. In the case of the ECORASTER SOFTGROUND, an additional, warming air cushion also forms that protects the animals from cold in the lying surfaces.