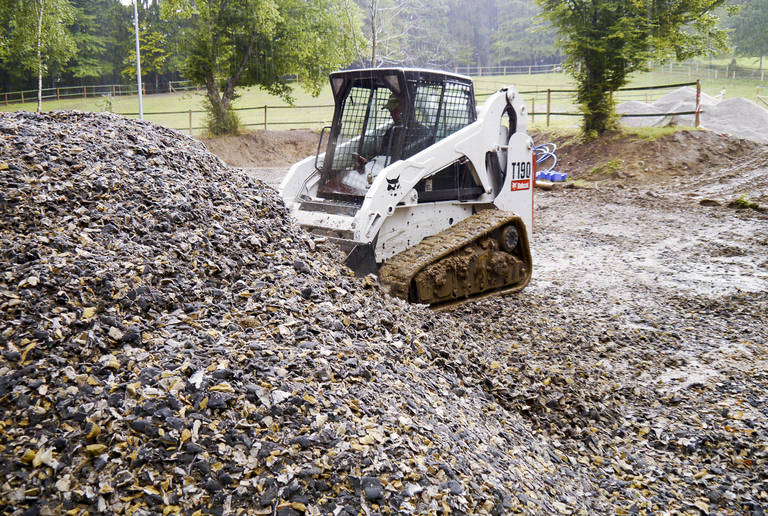 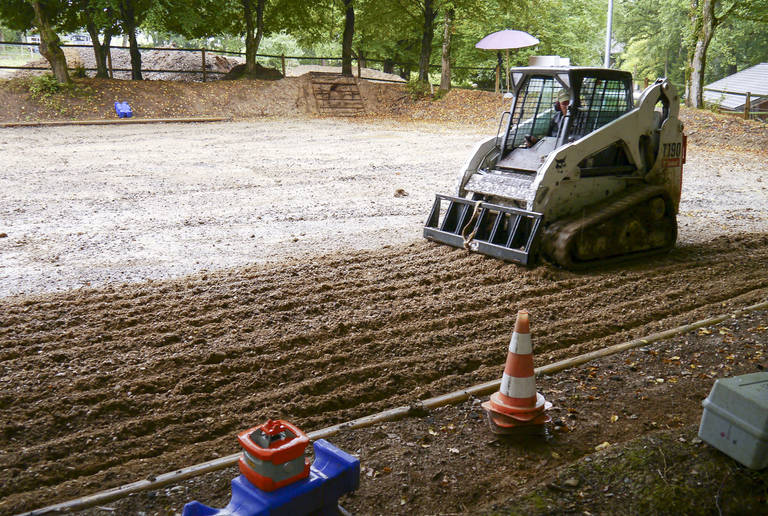 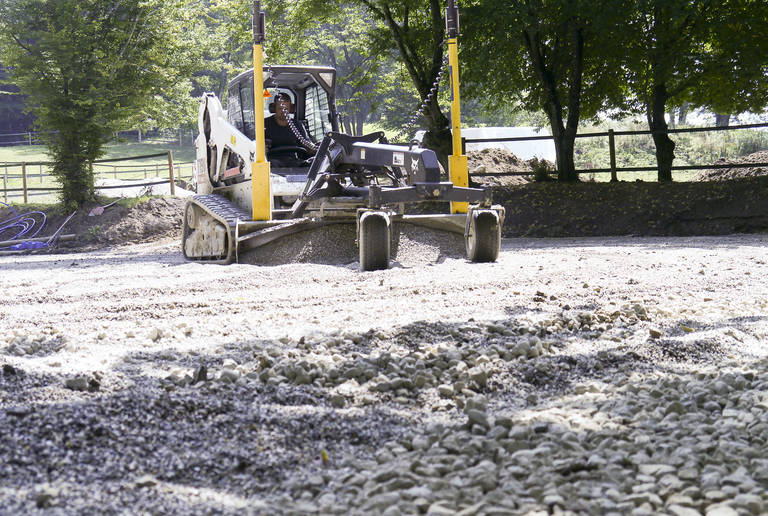 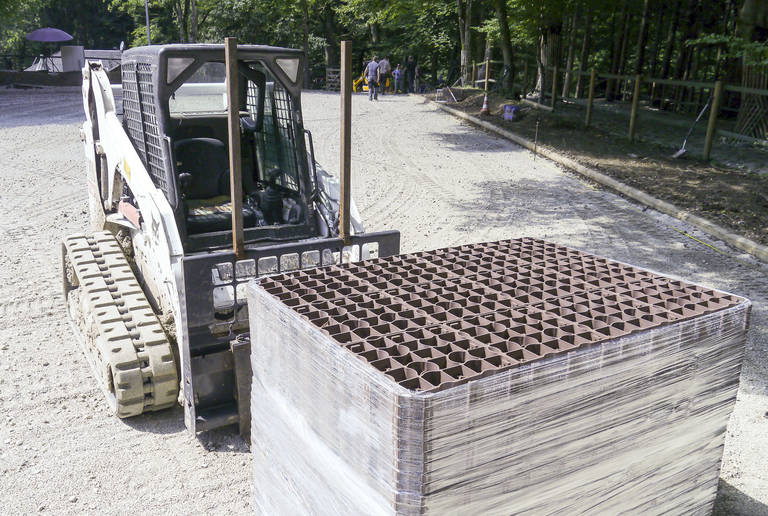 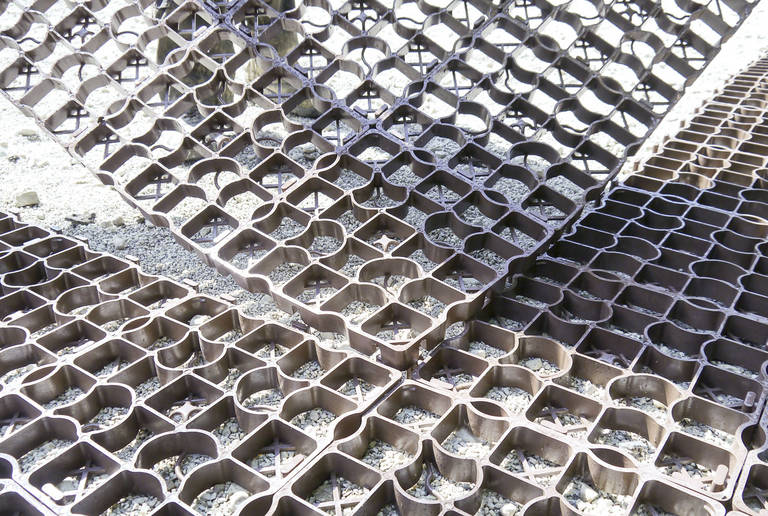 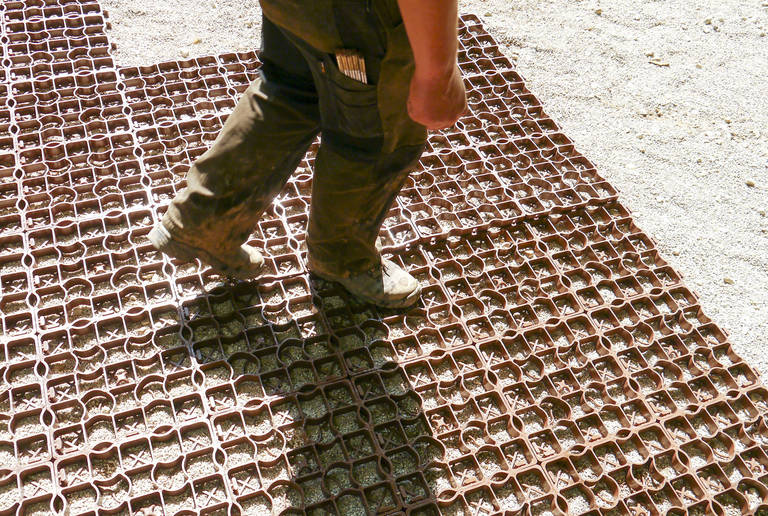 Complete renovation of the warming up area at the stable in Chiemsee.

During an initial on-site inspection and an extensive meeting with Caroline Beugnet, it became clear that there were enormous problems with the maintainability of the existing surface. Dung removal and disposal meant the workers on-site were facing big problems more and more. Very dry conditions in the summer had meant the footings had suffered as well, and when it was wet, the surface became waterlogged. In a first step, the old surface was completely removed from the riding area. Then the natural soil was removed, the site graded with grit and a gradient established so that rainwater could easily run off. Afterwards, 800 m² of ECORASTER was laid out and filled with grit. At the end, the footings were tipped on and distributed evenly across the entire surface by our installation service using special processes with the Bobcat.

The result: an easy-care, functional, all-weather riding area with the highest riding comfort for horse and rider.